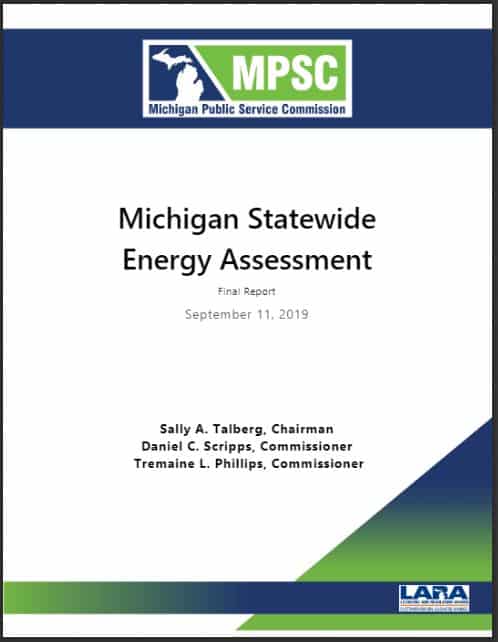 The Michigan Public Service Commission released a report on September 11 called Statewide Energy Assessment, which Democratic Governor Gretchen Whitmer requested in the aftermath of an energy emergency earlier this year.

In late January 2019, an extreme cold weather event combined with a fire at a major compressor station created an energy emergency in Michigan that challenged the natural gas and electric systems “in a way rarely, if ever, experienced.” according to the report.  A combination of natural gas conservation, curtailment of commercial and industrial electric customers, and emergency procurement of additional natural gas supplies prevented the worse. However, the events raised concerns about the state’s ability to weather another similar storm and maintain the supply of energy.

The report concludes that Michigan has adequate energy supply and delivery systems but also includes a series of recommendations on resiliency and grid modernization, specifically: