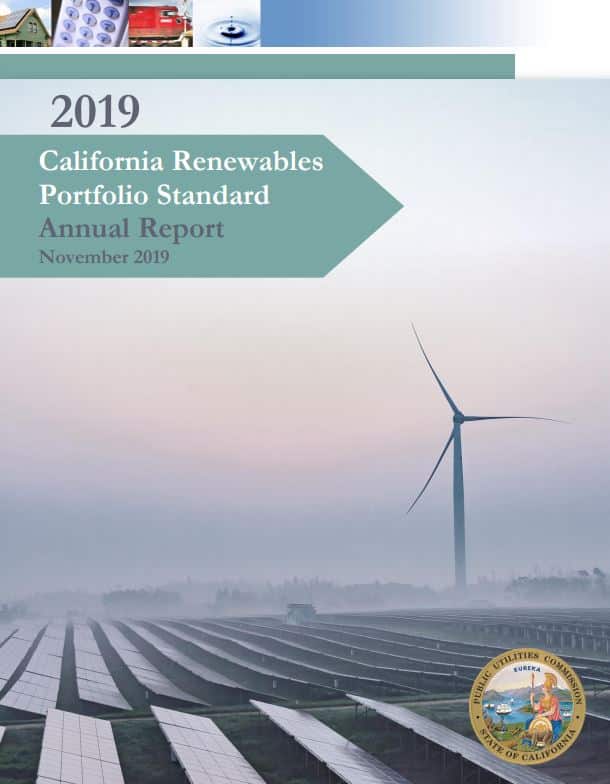 The California Public Utilities Commission issued its annual Renewables Portfolio Standard (RPS) report showing that the program is on track and is helping to drive down renewable contract prices and increasing in-state procurement, according to a Nov. 1 press release.

As of 2019, the state’s large investor-owned utilities have executed renewable electricity contracts necessary to meet the 2020 RPS requirement and are forecasted to have excess procurement for the next six years. Community Choice Aggregators and electric service providers will need to procure additional renewable resources to meet the 33 percent RPS requirement in 2020, according to the agency.

The state’s RPS requires investor-owned utilities, electric service providers, and community choice aggregators to procure 33 percent of retail sales per year from eligible renewable sources by 2020 and 60 percent by 2030. In 2018, Senate Bill 100 was signed by then-Governor Brown, setting a target goal of a 100 percent carbon-free electric grid by 2045. In June 2019, the commission began implementing SB 100, setting the RPS procurement quantity requirement beginning in 2021.

According to the regulator, the RPS program has helped achieve large reductions in costs for renewable electricity. Contract prices for RPS-eligible energy dropped an average of 11.5 percent per year between 2007 and 2018. Last year, the trend of falling contract costs continued and reached a historic low average price of $38/MWh. An average of 80 percent of the investor-owned utilities, small and multi-jurisdictional utilities, and CCAs renewable portfolios were solar and wind resources in 2018.