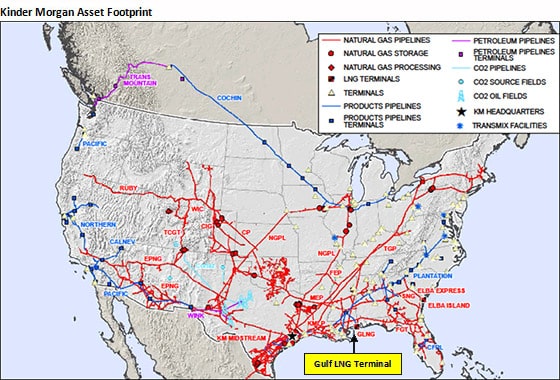 The Federal Energy Regulatory Commission issued its final environmental report for the Gulf LNG liquefaction project, bringing it one step closer to federal approval. The study found that the proposal would result in some adverse environmental impacts, which would be reduced to less than significant levels.

The project, proposed by Gulf LNG Liquefaction Company LLC, Gulf LNG Energy LLC, and Gulf LNG Pipeline LLC, would add natural gas liquefaction and export capabilities to the existing Gulf LNG import terminal in Jackson County, Mississippi. The facility would be able to produce up to 10.8 million tonnes of the super-chilled gas per year.

The companies are each owned by Gulf LNG Holdings Group LLC, which is owned 50 percent by Southern Gulf LNG Company LLC, a subsidiary of Kinder Morgan Inc. and operator of the LNG terminal.