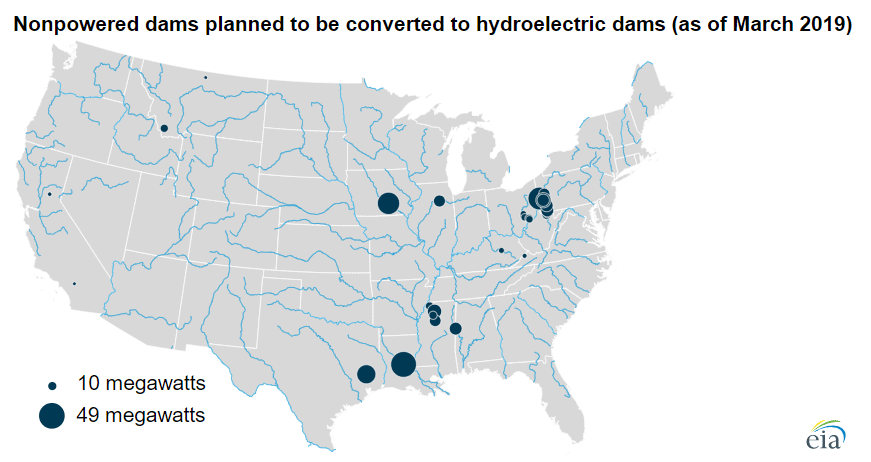 Hydropower is moving to the forefront of clean energy and climate policy debates as a growing number of U.S. states are setting targets to achieve zero-carbon power. About half a dozen state-level laws were enacted last year to establish 100 percent clean energy transition, showing how the nation’s decade-long renewable push is ramping up.

Hydroelectricity is not only a clean and renewable resource, but also provides value to the grid by enabling greater integration of wind and solar, according to the National Hydropower Association. Pumped storage hydropower, which represents 97 percent of the nation’s energy storage, can utilize excess generation, providing the much-needed flexibility to balance supply and demand on power grids more saturated with intermittent supplies. The resource has the ability to quickly ramp up power generation in response to periods of peak demand.

In most of the more than three dozen states with RPS policies, hydropower is not treated equally with other renewable resources. New York adopted what has been described as the most aggressive clean energy target in the nation, calling on the state to source 70 percent of its electricity from renewable energy sources by 2030 and transition to zero-emitting generation a decade later. The state allows only small hydro facilities to qualify for certain renewable energy credits.

The growth potential of hydropower is significant, given that only 3 percent of the nation’s 90,000 dams support hydroelectric generators. Those generators have a total hydroelectric capacity of nearly 80 gigawatts as of February 2019, according to the U.S. Energy Information Administration. The U.S. has nearly 22.9 gigawatts of pumped storage hydroelectric capacity, with California accounting for 3.9 gigawatts, or 17 percent of the national total. The agency expects over 330 megawatts of generating capacity to be added over the next several years as 32 dams that currently do not generate power are planned to be converted to hydroelectric dams.

While traditional RPS programs targeted emerging technologies to facilitate economies of scale and lower costs, the new wave of 100 percent clean energy calls for expedited decarbonization of the power grid, where hydrocarbon could have an important role. In 2019, Maine, New Mexico, New York, Washington, Puerto Rico, and the District of Columbia, enacted 100 percent clean energy transition laws, while Nevada and Maryland upgraded their renewable portfolio standards to 50 percent. Hawaii was the first state to set a 100 percent renewable energy target in 2015.