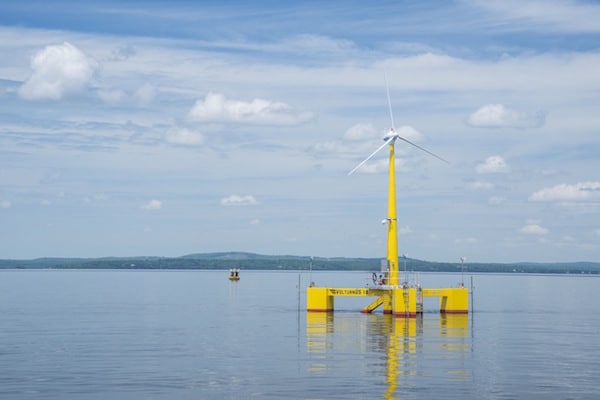 The Maine Public Utilities Commission on Nov. 5 voted to authorize a contract for the 12-megawatt Maine Aqua Ventus project, the first deep-water offshore wind facility in the U.S. to feature a floating platform. A measure enacted in June directed regulators to approve a long-term power purchase agreement between the University of Maine-led initiative and Central Maine Power Company for the project that was stalled in 2017.

Democratic Governor Janet Mills welcomed the decision, saying that it cements the state’s leadership in offshore wind development and that puts Maine on the map for clean energy technology. The project is expected to provide nearly $152 million in total economic benefits and create over 1,150 Maine-based jobs, according to the University of Maine. Operations and maintenance of the facility will generate an additional economic output of about $30 million over 20 years.

The commission selected the project in 2014 through a request for proposals for long-term contracts for deep-water offshore wind pilots. Maine Aqua Ventus I GP LLC, a partnership led by the University of Maine System, negotiated and drafted an agreement with Central Maine Power for the capacity and associated energy of the project and filed a final draft for commission approval in December 2017. Last June, the commission announced that it will take another look at the demonstration project, citing changing market conditions since 2014.

The facility consists of two 6-megawatt floating turbines, 12 miles off the coast of Maine. The project participants include Cianbro Corporation, the University of Maine, and the Advanced Structures and Composites Center.

Central Maine Power is a subsidiary of Avangrid Inc. which is owned by Iberdrola SA.