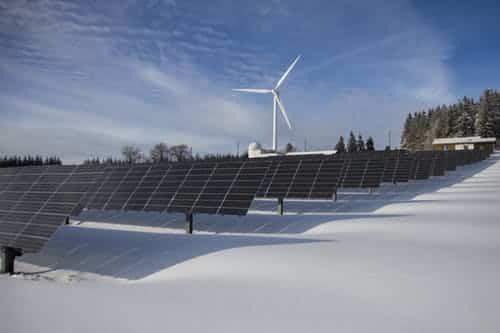 The New York Department of Public Service and the state’s Energy Research and Development Authority on June 18 released a whitepaper that identifies a framework to achieve the state’s goal of sourcing 70 percent of its electricity from renewable energy by 2030 under the 2019 Climate Leadership and Community Protection Act. Achieving the goal is foundational to set the state on a path to carbon free power by 2040. The report puts forth an expanded Clean Energy Standard, using existing regulatory and procurement structures and adopting policy changes to align with the requirements of the law.

The legislation directs state regulators to establish programs by 2024 that require utilities to procure at least nine gigawatts of offshore wind generation by 2035 and six gigawatts of photovoltaic solar generation by 2025, and to support three gigawatts of statewide energy storage capacity by 2030. The white paper identifies policies and procurement targets over the next decade to meet the 70 by 30 goal.

The issuance of the whitepaper initiates an important first step in implementing the requirement that the Public Service Commission create a program to procure large-scale renewable energy sources, such as land-based and offshore wind and solar, to meet the state’s aggressive goals.

Although the clean energy industry has experienced job losses due to the COVID-19 crisis, measures to achieve the state’s goals are expected to spur investment and job growth across the renewable energy supply chain. New investments will “align the imperative of the climate crisis with the new urgency of the economic recovery efforts across New York,” according to NYSERDA. The agency has made a $70 million commitment to support clean energy workforce development initiatives.

The paper includes a cost-benefit analysis of the Tier 1 large-scale renewable energy and offshore wind procurements. Tier 1 refers to renewable energy credits associated with new renewable energy resources. These procurements, together with the value of avoided carbon emissions, are expected to deliver a combined $17.3 billion in net benefits over the 20- to 25-year life of the projects.

NYSERDA emphasizes the need to collectively and cost-effectively carry out the decarbonization of the generation sector and electrification of other sectors, while ensuring greater deployment of energy efficiency. The whitepaper forecasts statewide electric load in 2030 to be 151,678 gigawatt-hours (GWh), including 10,334 GWh of additional load associated with demand from air-and ground-source heat pumps, 9,048 GWh linked to electric vehicles, 40,865 GWh of demand reduction from energy efficiency.

This paper proposes to use a 2030 load projection of 151,678 GWh as the initial basis for devising procurement targets. An estimated 106,174 GWh of renewable electricity must be operating in 2030 to meet the target. Of that, 63,317GWh are met annually by projects in operation, under contract, or determined by statute in the case of distributed solar.

Comments on the whitepaper are due within 60 days. The New York Public Service Commission will then finalize the program design and implementation.