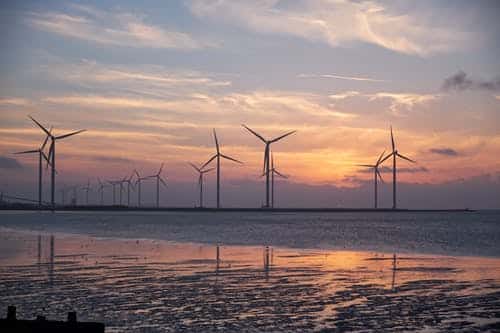 The New York State Energy Research and Development Authority will launch its second solicitation for offshore wind energy this year, targeting at least one gigawatt of additional capacity, according to Democratic Governor Andrew Cuomo, who gave his State of the State address on Jan. 8. The first solicitation held last year resulted in contracts for 1.7 gigawatts of projects, one proposed by Norway’s Equinor ASA and another by a joint venture between Denmark’s Ørsted A/S and Eversource Energy. New York, which set the pace for offshore wind goals, seeks to develop 9 gigawatts by 2035. The state has a goal to source 70 percent of its electricity from renewable energy sources by 2030 and transition to zero-emitting generation a decade later.

The state will also initiate a competitive process to award $200 million in public investments to improve port infrastructure. Cuomo announced $40 million, for a total of $100 million, over the next five years to train workers for clean energy jobs and provide the existing workforce with opportunities to enhance their skills. In addition, SUNY Farmingdale and Stony Brook will formally solicit partners for its $20 million Offshore Wind Training Institute, so that training can begin in 2021.

The agency will make competitive awards to 21 projects for more than 1,000 megawatts of large-scale solar and onshore wind and 40 megawatts of energy storage projects. These efforts are expected to spur over $2.5 billion in private sector investments.