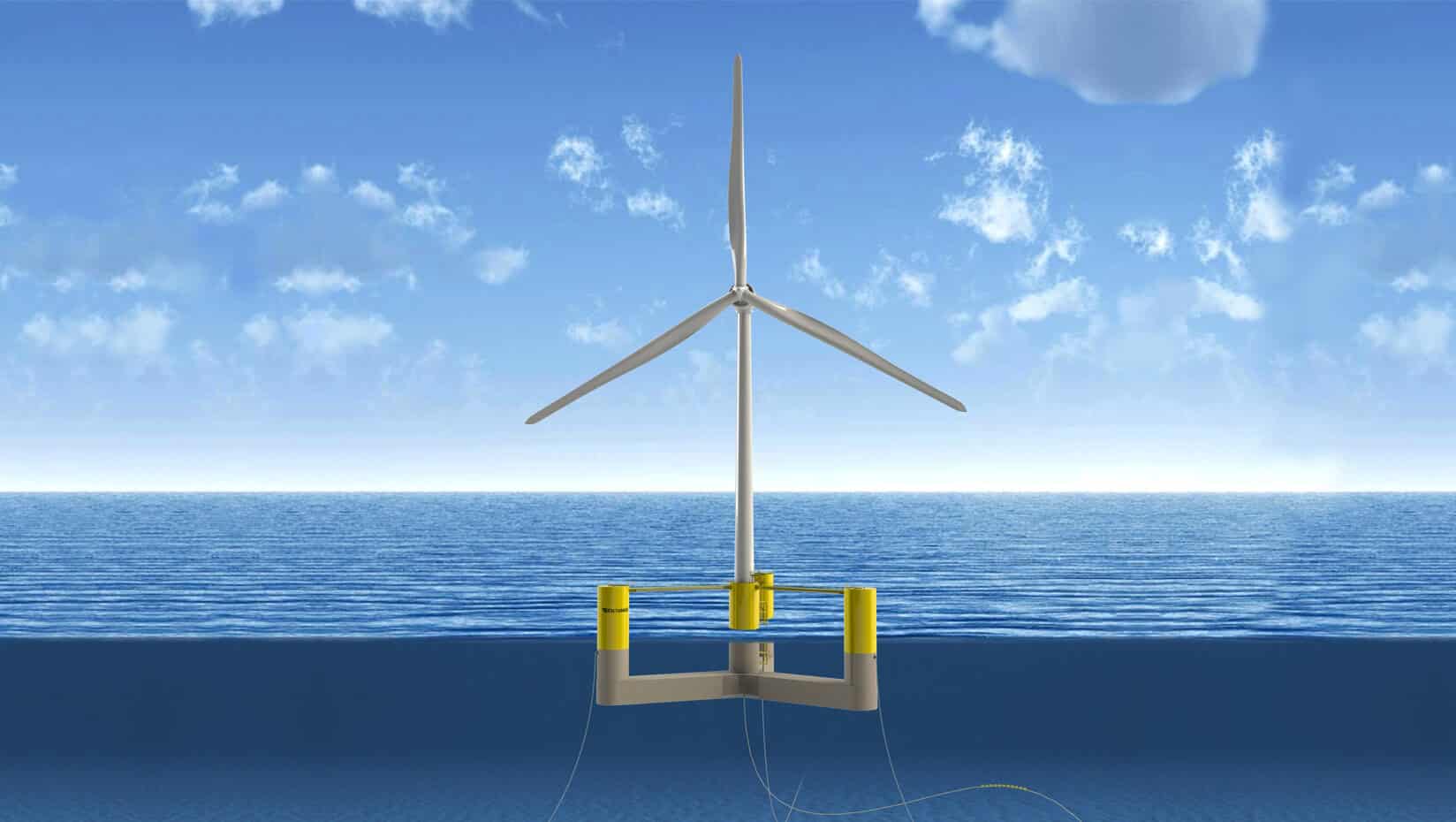 The University of Maine on Aug. 5 announced a partnership with New England Aqua Ventus LLC, a joint venture of Diamond Offshore Wind and RWE Renewables to develop the nation’s first floating offshore wind demonstration project off the coast of Maine. The companies will invest $100 million to build the turbine and demonstrate the technology at full scale. UMaine’s Advanced Structures and Composites Center has been leading the project through $50 million from the U.S. Energy Department. In December 2019, the project secured a 20-year power purchase contract and started negotiations with major developers to deploy the commercial-scale floating offshore wind turbine.

The new joint venture – New England Aqua Ventus – will own and manage permitting, construction, deployment, and operations for the project. The Advanced Structures and Composites Center will continue to be responsible for the design and engineering, research and development, as well as post-construction monitoring.

In June 2019, Maine enacted legislation directing regulators to approve a long-term power purchase agreement between the University of Maine-led initiative and Central Maine Power Company for the project that was stalled in 2017. Further, Maine is set to join the Gulf of Maine Intergovernmental Renewable Energy Task Force, along with New Hampshire and Massachusetts. The task force, convened by the Bureau of Ocean Energy Management, is charged with facilitating coordination on renewable energy development in the Gulf of Maine federal waters.

The project will consist of a concrete floating platform that will support a 10 to 12-megawatt wind turbine 14 miles from the Maine coast. Construction, following all permitting, is expected to reach completion in 2023. The project is projected to produce more than $150 million in total economic output and create hundreds of Maine-based jobs during the construction period. UMaine built a one-eighth scale prototype of the turbine in 2013 with Cianbro, a Maine-based construction firm.

Together, the two new partners are responsible for nearly 25 percent of the world’s offshore wind capacity. RWE Renewables, a subsidiary of RWE, is the second-largest company in offshore wind globally after Denmark’s Ørsted A/S. Diamond Offshore Wind is a subsidiary of the Mitsubishi Corporation.