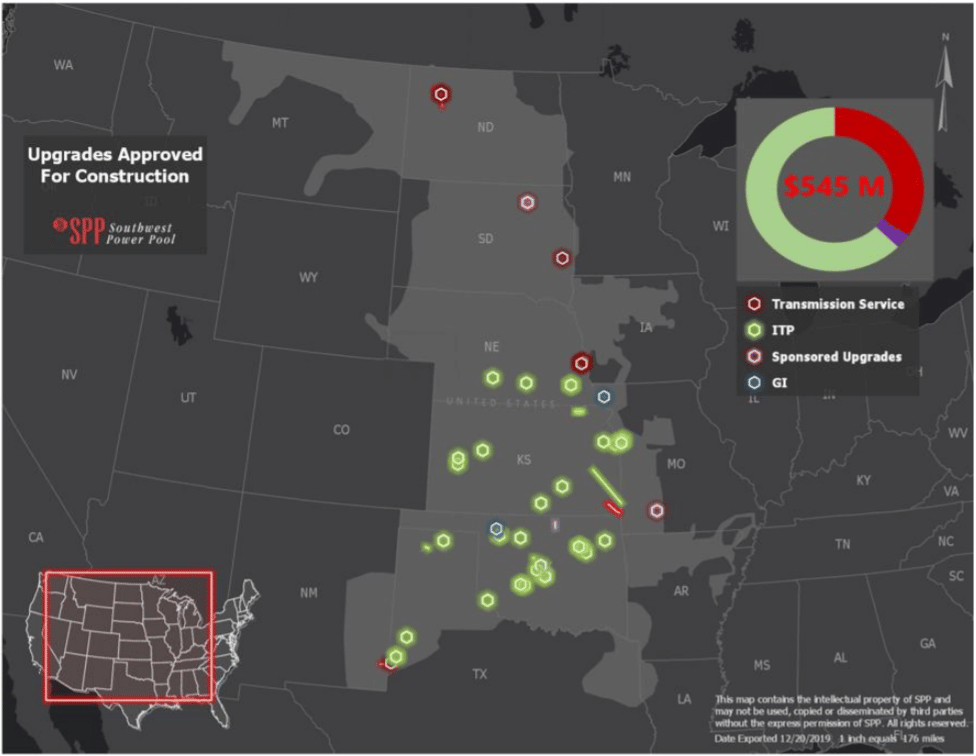 The Southwest Power Pool Inc.’s Board of Directors approved the grid operator’s 2020 transmission expansion plan report, a comprehensive listing of transmission projects in the region for the 20-year planning horizon, according to a Jan. 28 news release. The plan includes 78 projects to be constructed over the next six years in eight states at an estimated to cost about $545 million.

The plan includes two projects in Kansas, Missouri and Oklahoma that will be competitively bid through our transmission owner selection process. The new and pending projects are expected to bring several benefits, including enabling a rapidly changing generation mix, enhancing reliability, and reducing grid congestion. Last year, SPP’s member companies completed 39 transmission upgrades in eight states at an estimated cost of $190 million.

The grid operator is also working with stakeholders to incorporate energy storage into its short- and long-term transmission planning and operational processes.

SPP recently launched its western reliability coordination service for almost a dozen western entities, becoming the first regional transmission organization to provide the service in both the Eastern and Western Interconnections.