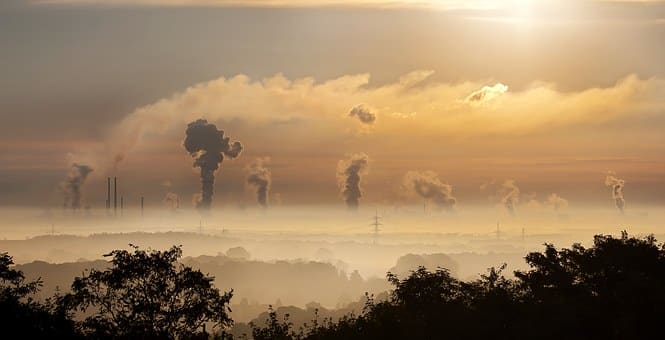 The Trump administration has submitted a formal notification to the United Nations to withdraw the U.S from the Paris agreement on climate change, according to a Nov. 4 announcement from the State Department. The move initiates a one-year process to leave the 2015 pact that the U.S. joined during the Obama administration, committing to achieve a 26-28 percent cut in emissions from 2005 levels by 2025. Of the nearly 190 countries that agreed to the landmark deal, the U.S. is the only nation to begin a formal withdrawal.

President Trump first announced his intention to withdraw from the international accord in June 2017, saying that the pledges under the deal impose unfair economic burden on workers, businesses, and taxpayers. The U.S. has reduced all types of emissions, having achieved a 74 reduction in criteria air pollutants from 1970-2018, as well as a 13 percent cut in net greenhouse gas emissions from 2005-2017 even as the economy grew over 19 percent, according to the announcement.

The U.S. Climate Alliance, a coalition of 25 state governors, opposed the decision and reaffirmed their commitment to support climate action. The alliance was convened by the governors of New York, California, and Washington in June 2017 in response to Trump’s announcement to pull out from the agreement.

Environmental groups including the Natural Resources Defense Council and Sierra Club condemned the move. Sierra Club said that the decision “will be seen as a historic error,” long after Trump is out of office. While the withdrawal will take one year to complete, it could be reversed by a future administration in 30 days, the groups noted. The Paris agreement entered into force on Nov. 4, 2016, after the U.S. and other countries formally joined the landmark deal.

The climate change accord, signed in December 2015 by nearly every country in the world, commits the world leaders to keep the average global temperature below 2 degree Celsius above pre-industrial levels and try to limit that increase to 1.5 degrees Celsius. Each country develops its own emission reduction goal and all nations are held accountable to the targets. In November 2016, the U.S. submitted its first long-term strategy under the agreement, presenting a pathway for emissions reductions of 80 percent below 2005 levels by 2050. The historic accord is viewed as former President Obama’s signature accomplishment in establishing a legacy in his fight against climate change.

SOURCE
On the U.S. Withdrawal from the Paris Agreement