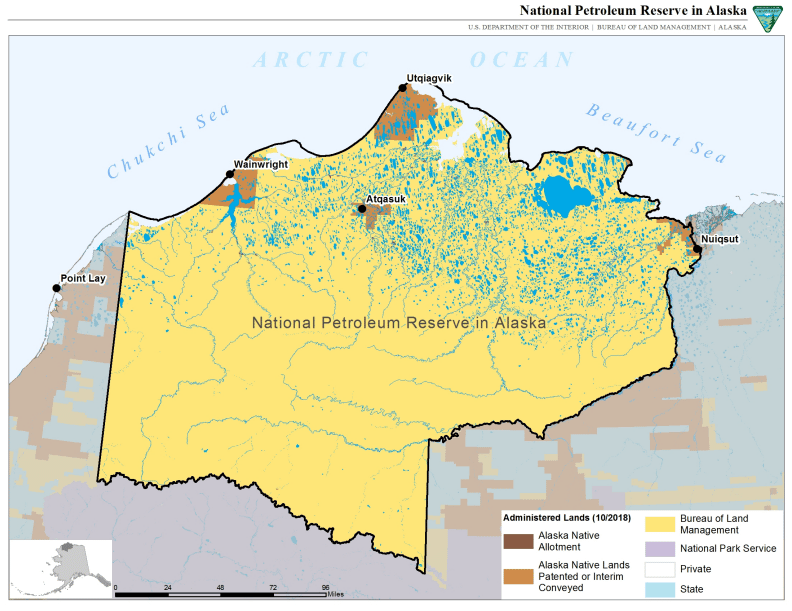 The U.S. Interior Department’s Bureau of Land Management on June 26 released the final environmental review for a new integrated activity plan for the 23-million acre National Petroleum Reserve-Alaska. The preferred  alternative would open as much as 18.7 million acres, or about 82 percent of the reserve, to oil and gas development, undoing Obama-era protections on drilling in the region. The agency is updating a 2013 plan that had put half of the acreage off limits to development to preserve habitat and conserve subsistence resources.

The above statements are the culmination of an environmental review initiated in November 2018 to develop a new management plan for the region, following a June 2017 secretarial order that calls for safe development while avoiding regulatory burdens that impede energy production and constrain economic growth.