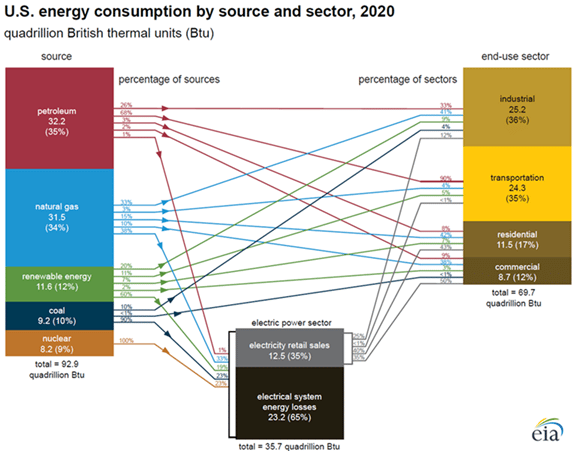 The agency uses a fossil fuel equivalence to convert renewables to Btus, since they are noncombustible and therefore do not have an inherent thermal rate to measure. Instead, the amount of fossil energy replaced by noncombustible renewables is estimated through an annual weighted-average conversion rate.

The residential and commercial sectors account for less than 10 percent of renewable energy consumption. Natural gas consumption in these sectors fluctuates with weather, since the fuel is primarily used in those sectors for heating.

SOURCE
U.S. energy consumption in 2020 increased for renewables, fell for all other fuels