U.S. Primed for 13 Gigawatts of Wind Additions in 2019, Largest in Seven Years, as Tax Incentives Phase Out 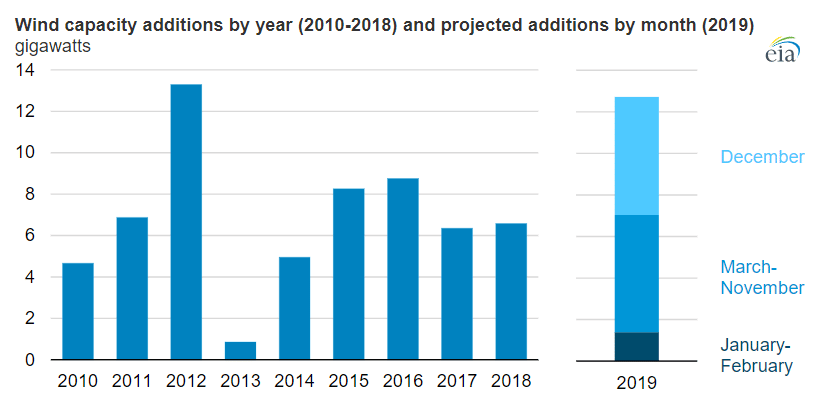 The U.S. is expected to add 12.7 gigawatts of wind capacity this year, the largest since the 2012 high of 13.3 gigawatts, according to a May 15 report from the U.S. Energy Information Administration. The growth is largely driven by the scheduled phase-out of the federal production tax credit, which provides a credit for each kilowatt-hour of electricity produced over the first 10 years of operation for a utility-scale wind turbine.