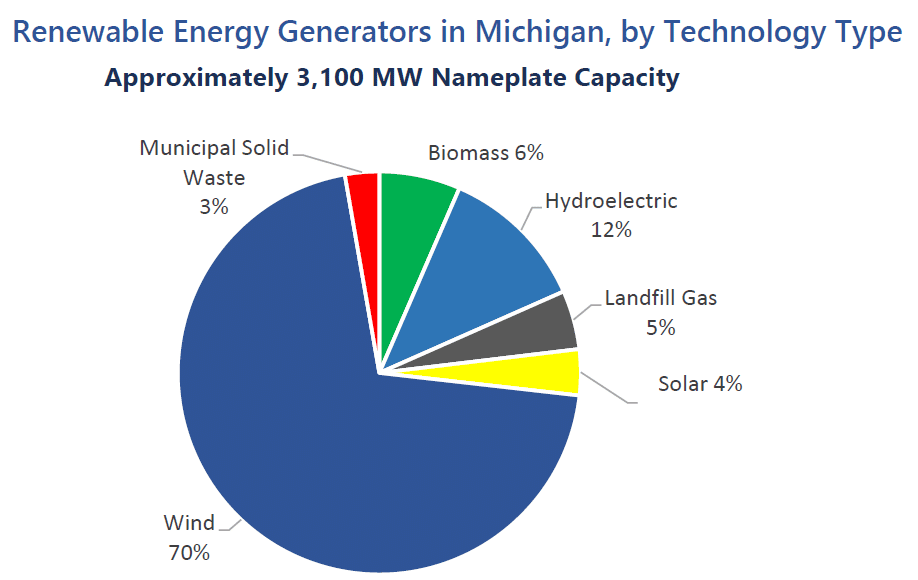 Utility-scale wind generators accounted for 70 percent of the 3.1 gigawatts of renewable energy capacity in Michigan last year, according to a Feb. 18 report by the state’s Public Service Commission. Across the state, new wind and solar projects are expected to add more than one gigawatt of new, utility-scale electricity generation in 2020 and 2021.

The commission released two reports on the implementation of the renewable portfolio standard and utilities’ energy waste reduction programs. Legislation enacted in 2016 raised the state’s renewable energy standard from 10 percent in 2015 to at least 12.5 percent in both 2019 and 2020, with a final requirement of at least 15 percent in 2021. The law includes a goal of meeting at least 35 percent of the state’s electric needs through a combination of energy waste reduction and renewable energy by 2025.

Among the major findings: