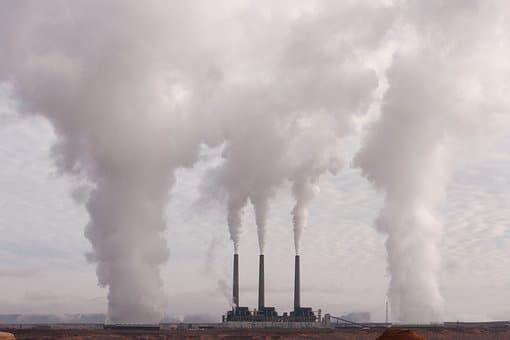 The Washington legislature on April 24 passed legislation aimed to reduce greenhouse gas emissions by implementing an economy-wide cap-and-invest system. Upon enactment, Washington will become the second state – next to California – to have a comprehensive carbon-pricing program. The state would auction carbon allowances starting in 2023, aligned with the 2030, 2040, and 2050 emission limits.

The Department of Ecology would implement a cap-and-invest program to cut emissions consist with the statewide emissions reduction limits. Washington enacted legislation in 2020, setting emissions reduction targets of 45 percent by 2030, 70 percent by 2040, and 95 percent by 2050, relative to 1990 levels. As of 2018, the annual emissions in state were 99.6 million metric tons of carbon dioxide. The state also enacted the Clean Energy Transformation Act in 2019, which requires the state’s electricity supply to be carbon-neutral by 2030 and carbon-free by 2045, and directs electric utilities to phase out coal from their generation portfolio by 2025. The 2019 law requires electric utilities to develop a clean energy implementation plan every four years from 2022 to establish interim targets for energy efficiency and renewable energy.

Under the emissions trading program, a covered entity is a facility that emits more than 25,000 metric tons of carbon dioxide equivalent including in-state electricity generation, electricity imports, fuel suppliers other than natural gas, and gas suppliers to non-covered entities. The department would adopt a methodology to address imported electricity associated with a centralized electricity market. From Jan. 1, 2031, the program would extend to landfills used by county and city solid waste management programs and railroad companies. Further, the law would allow linkage with similar programs in other jurisdictions.

By Dec. 1, 2027, and at least every four years thereafter, the department would have to submit a report to the legislature and the Environmental Justice Council, created by the legislation, providing a comprehensive review of the program implementation including outcomes relative to the state’s emissions limits, overburdened communities, covered entities, and emissions-intensive, trade-exposed industries.

Cap and trade, a market-based, economy-wide approach to reduce emissions, consists of two main components: a cap on carbon emissions and tradable allowances. In the U.S., 10 states participate in the Regional Greenhouse Gas Initiative, the nation’s first market-based emissions trading program established in 2009. California began operating a cap-and-trade program in 2013, and has linked with a similar program in Quebec, Canada.

Earlier this month, Washington state lawmakers approved a clean fuels standard aimed to reduce the carbon intensity of transportation fuel to 20 percent below 2017 levels by 2035. The program is expected to facilitate the shift to lower carbon fuels, including expanding the market for renewable natural gas as a transportation fuel.