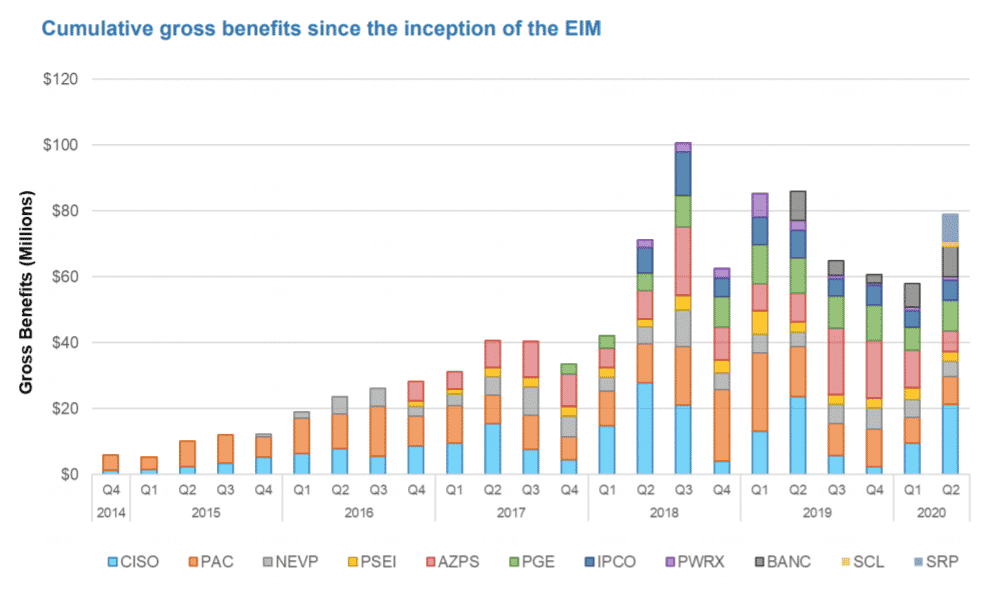 The Western Energy Imbalance market generated about $79 million in savings in the second quarter of this year, with total benefits reaching about $998 million since its launch in 2014, according to a July 29 press release from the California Independent System Operator Corporation.

The market constitutes an automated system that secures the lowest-cost energy to serve real-time customer demand over a broad region spanning across multiple western states. The system optimizes resources from a larger and more diverse pool, facilitating integration of surplus renewable that may otherwise be curtailed.

With growing penetration of intermittent resources, such as solar and wind, these resources are curtailed when their output exceeds demand. Thanks to the imbalance market, regional collaboration in transmitting renewable energy resources across a large geographic area has reduced curtailments by 147,514 megawatt hours (MWh) in the second quarter, and 1.24 million MWh overall the last five years. Further, increased generation of zero-carbon power has resulted in the cumulative emissions reducing by 533,381 metric tons.

The market is in for a major expansion with the entry of 10 new balancing authorities by 2022, potentially serving 82 percent of the Western Electricity Coordinating Council’s total load. The benefits of participation include cost savings, higher integration of intermittent resources, and improved operational efficiencies.