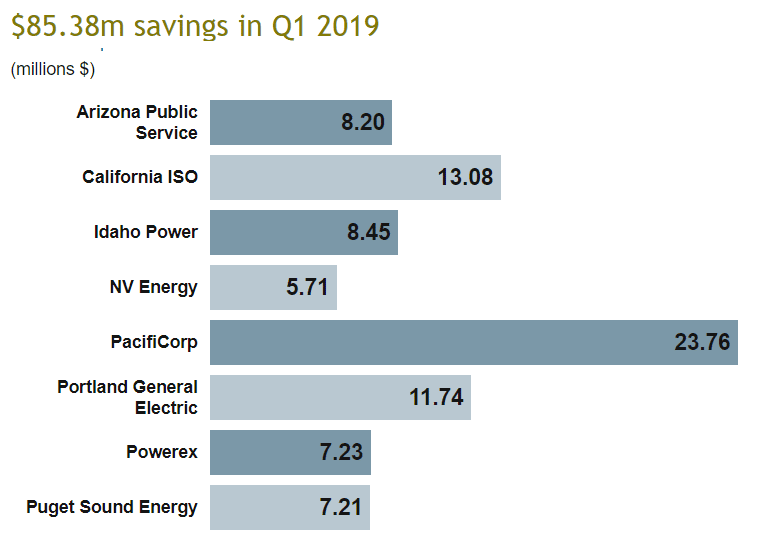 The Western Energy Imbalance market generated about $85 million in savings in the first quarter of this year, with total benefits reaching over $650 million since its launch in November 2014, according to an April 29 press release from the California Independent System Operator Corporation.

The market used over 52,000 megawatt-hours of surplus renewable energy that otherwise would have been curtailed. The effective use of carbon-free generation from the market has resulted in cutting nearly 347,000 metric tons of carbon dioxide.

The energy imbalance market is an automated system that secures the lowest-cost energy to serve real-time customer demand over a broad region spanning across multiple western states. The market also supports integrating renewable resources, making excess renewable energy available to participating utilities at low cost rather than turning off the generating facilities.

The grid operator said that the savings for the eight participating entities doubled when compared to the $42 million posted in the same period last year. Six more entities have announced plans to join the market by 2022, implying that benefits will continue to grow.