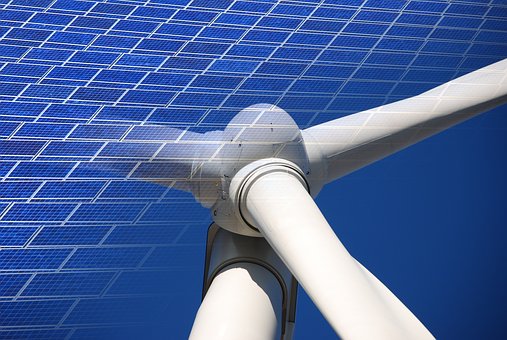 Oregon Governor Kate Brown, a Democrat, signed legislation on July 19 requiring electricity providers to reduce greenhouse gas emissions associated with electricity sold to Oregon consumers to 80 percent below a 2010-2012 baseline of average emissions by 2030, 90 percent by 2035, and 100 percent by 2040. The law requires each electric company to develop a clean energy plan for meeting the targets concurrent with the development of its integrated resource plan. Oregon joins Hawaii, California, District of Columbia, Washington, New Mexico, New York, Maine, Puerto Rico, and Virginia, in adopting 100 percent clean or renewable electricity mandates.

The requirements do not replace the current renewable portfolio standards, which requires the state’s large investor-owned utilities to meet 50 percent of their retail sales with qualifying renewable energy. To foster small-scale and community-based renewable energy projects, the law directs the State Department of Energy to convene a working group to examine opportunities for such projects that contribute to economic development and energy resiliency, and submit its results by the end of September 2022. The bill increases from eight percent to 10 percent by 2030, the requirement that the total electrical capacity of all electric companies be composed of electricity from small-scale renewable energy projects or facilities using biomass. The legislation establishes a community renewable investment fund within the state treasury to support a grant program for community renewable energy projects.

The bill also has an equity lens including provisions to incorporate equity metrics developed in coordination with an Environmental Justice Task Force in evaluating the involvement of and leadership of disadvantaged communities in the siting, planning, designing or evaluating of the proposed community renewable energy projects. A Community Benefits and Impacts Advisory Group, to be convened by electric companies that submit a clean energy plan, must file a biennial report that assesses the community benefits and impacts of the company, detailing energy burden and disconnections for residential customers and disconnections for small commercial customers and actions within environmental justice communities intended to improve resilience during adverse conditions or facilitate investments in the distribution system, among others.

The act allows performance incentives for electricity companies that comply early on and limits cumulative rate impact for compliance to six percent of annual revenue requirements. Furthermore, the bill allows for electric companies, which have agreed to in coordination with governments to meet renewable or emissions goals, to provide a program for rates or charges reflecting the costs to serve retail electricity generated from renewable energy sources or electricity paired with unbundled renewable energy certificates.

Under the legislation, retail electricity service suppliers must publicly disclose total energy supply mix and associated emissions of power sources. The bill also prohibits the Energy Facility Siting Council from issuing site certificates for new generating facilities that produce energy from fossil fuel unless the facility generates only zero-emissions electricity. Finally, the act prohibits councils from approving amendments of site certificates for generating facilities in a manner that would increase carbon dioxide emissions from operation of a generating facility.

SOURCE
Relating to clean energy; and prescribing an effective date