New York is pouring hundreds of millions of dollars to jump start its solar market. Those efforts are just now starting to bear dramatic results.

In the first quarter developers filed requests to connect solar projects to the state’s grid totalling over 670 megawatts of generating capacity, according to a report by the New York Independent System Operator earlier this month. That’s a whopping eight-fold increase from the same period a year earlier.

The Empire State is looking to add more than three gigawatts of solar capacity by 2023 under its New York-Sun program. As part of that effort, in 2014 Governor Andrew Cuomo committed nearly $1 billion to “stimulate the marketplace” and expand deployment of photovoltaic, or PV, systems. The administration is also overhauling its energy marketplace through its Reforming the Energy Vision program, in which the state seeks to source half of the electricity consumed from renewable sources by 2030.

States such as New York and California are increasingly turning to wind and solar generation to meet system demand as technological advances cut project costs and pressure mounts to meet environmental goals. 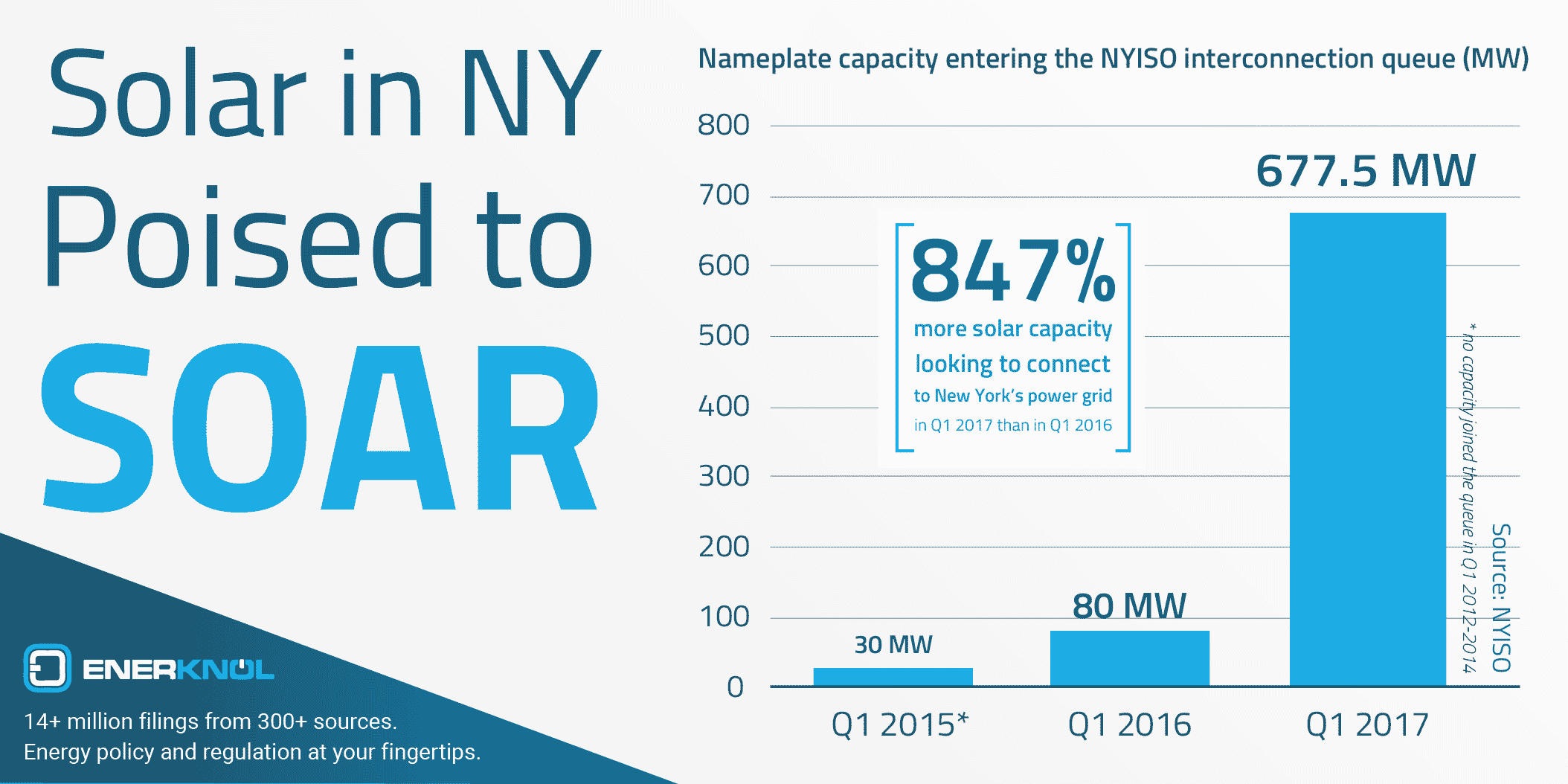