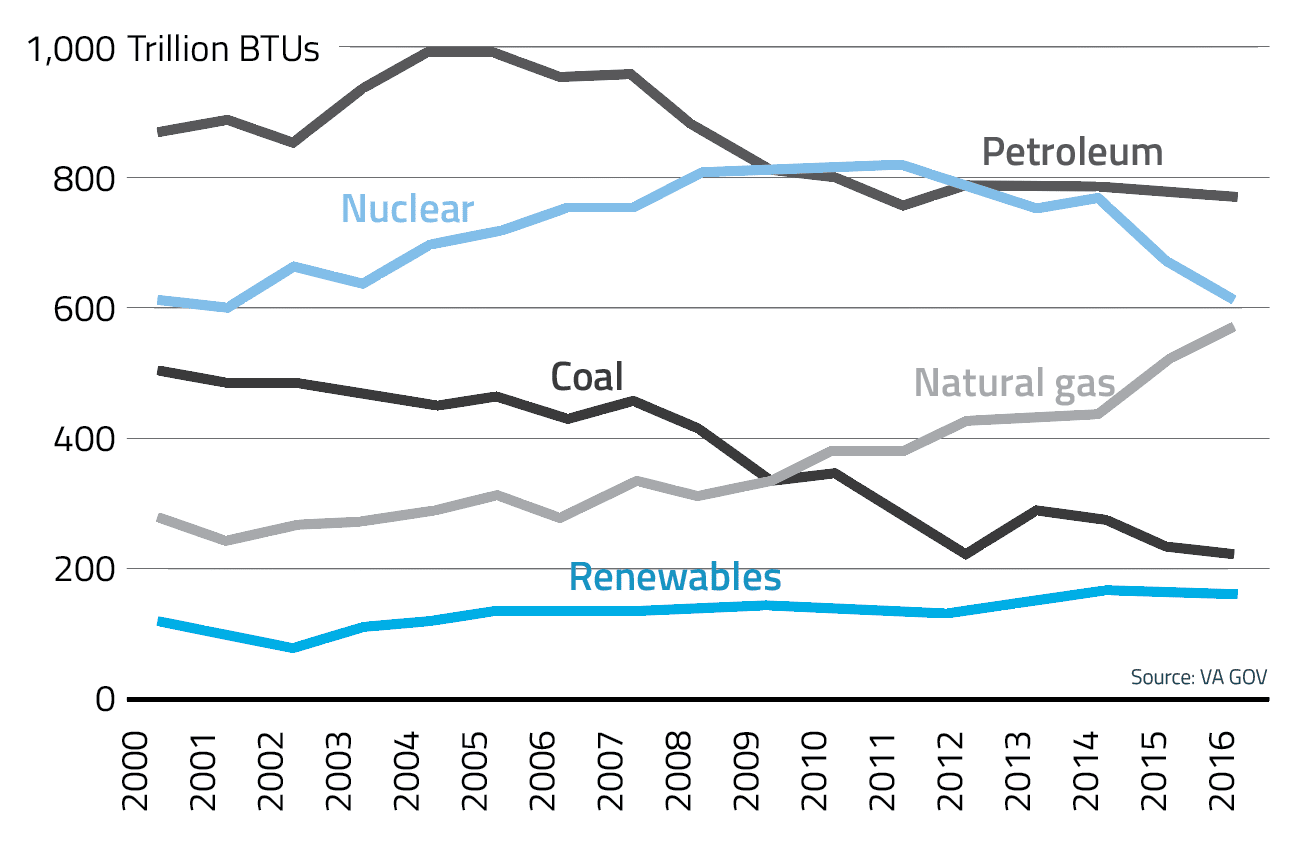 Virginia is striding towards a clean energy future by paving the way for faster and larger deployment of renewable energy and energy efficiency. The Grid Transformation and Security Act of 2018 declares that 5,000 megawatts of solar and wind energy are in the public interest, making it easier for these projects get regulatory approval. The state’s 10-year energy plan emphasizes grid modernization and innovative technologies, setting goals for renewable energy generation, energy efficiency, and electric vehicles. 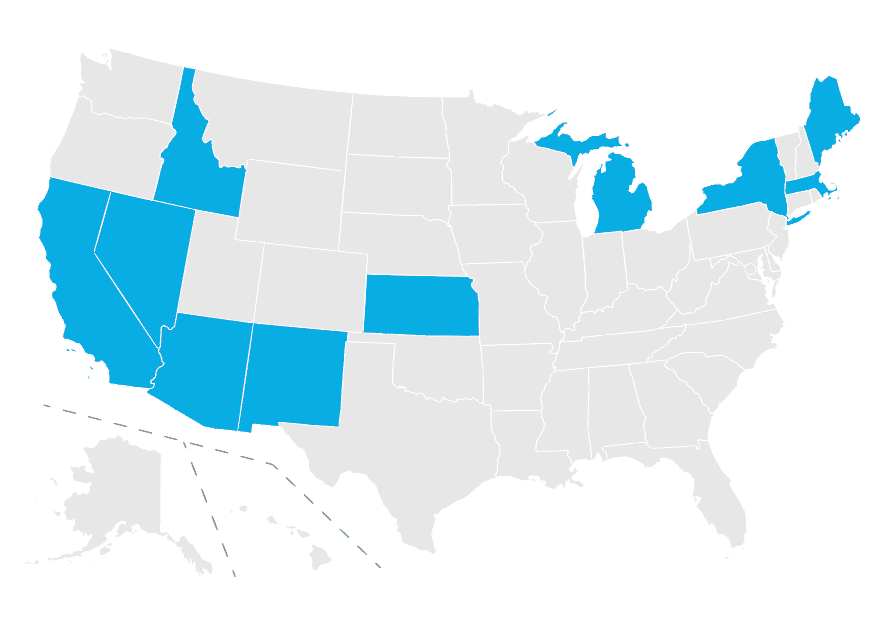 The proliferation of customer-sited generation has prompted utilities to push for demand charges – a fee based on a customer’s peak consumption during a billing period – to recover fixed costs and address cross-subsidies. Utilities face the conundrum of losing revenue as customers installing distributed generation, such as rooftop solar, rely less on the utility for power needs while also shifting costs to other customers. Solar advocates argue that these fees impact customers’ ability to control their bill, potentially wiping out the incentive to install solar. 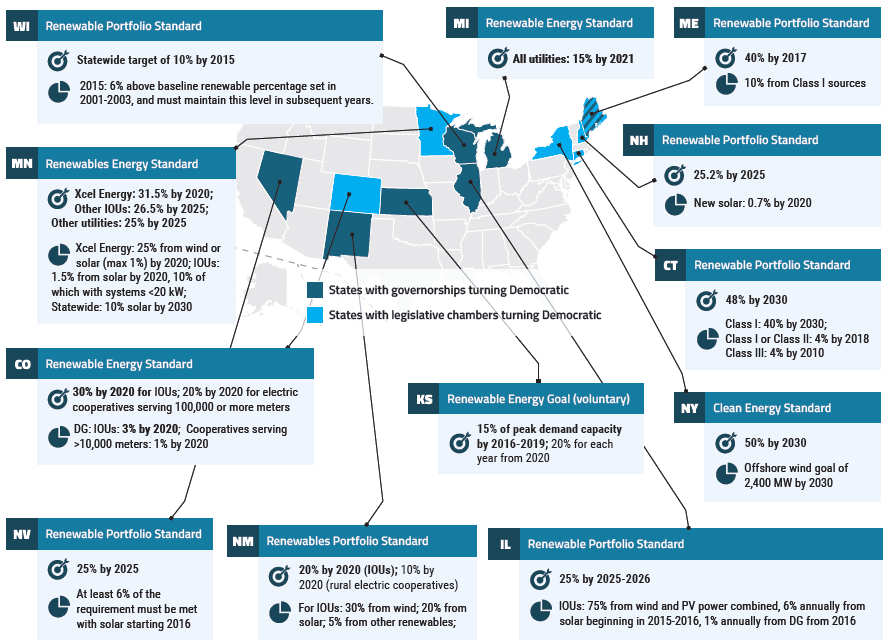 The political puzzle pieces are falling into place for nearly a dozen states to strengthen targets for the deployment of renewable generation following the Midterm elections, in what could serve as the latest driver for growth in solar- and wind-powered electricity. Newly elected Democratic governors in six states, ranging from Maine to New Mexico, ran on campaigns to pursue more ambitious renewable energy goals. Their rise to power not only boosts the prospect for more aggressive environmental mandates and targets, but will also mark a progressive shift in energy policy from their respective Republican predecessors, which had blocked renewable-friendly measures. 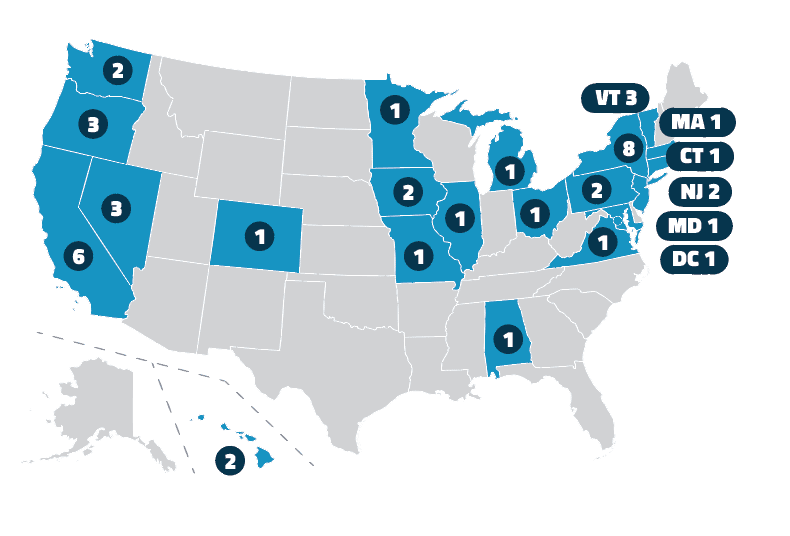 The continued growth in electric vehicle (EV) adoption has led state regulators to pay more attention to business models and rate designs that facilitate wider availability of charging infrastructure. Most recently, Pennsylvania took a big step towards innovative and dynamic pricing by clarifying that third party EV charging is not considered resale or redistribution of power. California is considering a utility proposal to replace demand charges with new subscription pricing, allowing customers to select the required amount of power for their stations. New York is analyzing the characteristics of charging systems to foster EV participation as a distributed resource. Iowa is examining business models for EV charging, while Illinois is exploring rate structures and charging practices to guide efficient integration of electric vehicles.