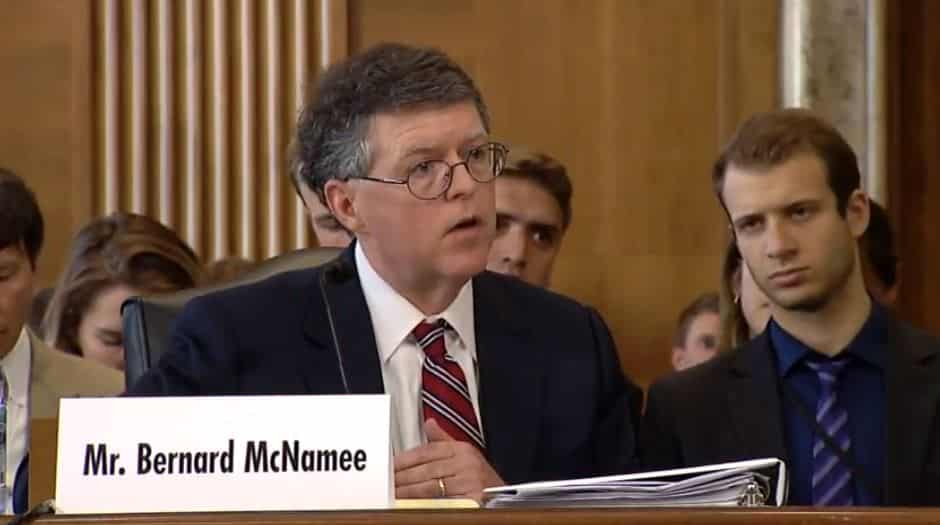 President Donald Trump nominated Bernard L. McNamee to the Federal Energy Regulatory Commission for the term ending June 30, 2020, to fill the vacancy resulting from Commissioner Robert Powelson’s resignation in August, according to an Oct. 9 release from the agency. McNamee currently serves as the Executive Director of the U.S. Energy Department’s Office of Policy and was instrumental in designing Energy Secretary Rick Perry’s controversial plan to prop up the country’s coal and nuclear plants. The nomination would restore the Republican majority among FERC Commissioners at a time when the commission is considering major dockets including a review of the 1999 gas pipeline policy, grid resiliency, and state policy priorities. The U.S. Senate Committee on Energy and Natural Resources will consider the nomination at the full committee hearing scheduled for Oct. 16.