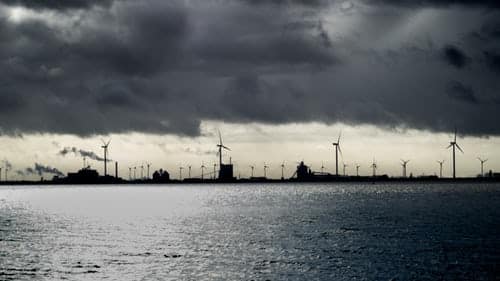 Democratic Governor Ralph Northam on Dec. 27 unveiled a report providing a roadmap for Virginia to develop a supply chain to serve offshore wind projects planned along the East Coast. The report examines Virginia’s strategic role in the emerging industry, highlighting that the state is well-positioned to serve as a supply chain hub thanks to its port infrastructure, location, maritime capacity, and workforce.

Virginia’s “timely supply chain entry” will empower the state with the skills and infrastructure needed to participate in a growing pipeline of projects along the East Coast, potential activity off North Carolina, and other wind lease areas. The East Coast is expected to be the “focal point” of offshore wind up to 2025, according to the report, with 4.6 gigawatts of capacity expected to come online.

Last November, the Virginia State Corporation Commission approved (PUR-2018-00121) Dominion Energy Inc.’s proposal to build a 12-megawatt wind project off the coast of Virginia Beach. The state’s 10-year energy plan recommends the development of 2 gigawatts of offshore wind by 2028. The plan outlines an implementation strategy for the Grid Transformation and Security Act (SB 966) enacted in March last year declaring that 5 gigawatts of solar and wind energy are in the public interest.

The 30-megawatt Block Island wind farm off Rhode Island, which became operational in December 2016, opened a new frontier for offshore wind industry after years of setbacks. Massachusetts enacted legislation in 2016 setting an offshore wind energy target of 1.6 gigawatts by 2027, and New York followed suit with a more ambitious goal of 2.4 gigawatts by 2030. New Jersey went further, committing to a 2030 target of 3.5 gigawatts.