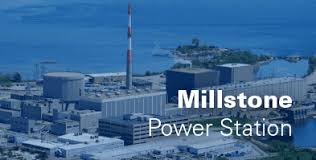 The Millstone selection follows the findings by the Department of Energy and Environmental Protection and the Public Utilities Regulatory Authority that the 2,100-megawatt units are at risk of early retirement based on Dominion’s financial statements and inadequate revenues from “an increasingly gas-dominated market.” Connecticut passed a law last year allowing the state’s only nuclear power plant to compete for long-term contracts with other zero-carbon resources such as wind, solar and hydropower. The department selected a 10-year bid for about 50 percent of Millstone’s output, reflecting the energy-only price for the first three years, and directed the state’s electric utilities to negotiate reasonable terms than those sought by Dominion for the 2022-2029 “at-risk period.” The agency expects the negotiations to conclude by March 31, 2019.

The Seabrook Station, which did ask for at-risk consideration, was selected for 1.9 million megawatt-hours on the basis of its price and is expected to save Connecticut ratepayers $18 million annually over its eight-year term beginning 2022.

The offshore wind selection adds about 100 megawatts to the 200 megawatts the state already authorized for the Revolution Wind project being developed by Ørsted A/S. The contracts support 165 megawatts of new solar generation in New Hampshire, Maine, and Connecticut, including two that incorporate battery storage, marking the “first selections of grid-scale energy storage” as part of the state’s energy procurements.