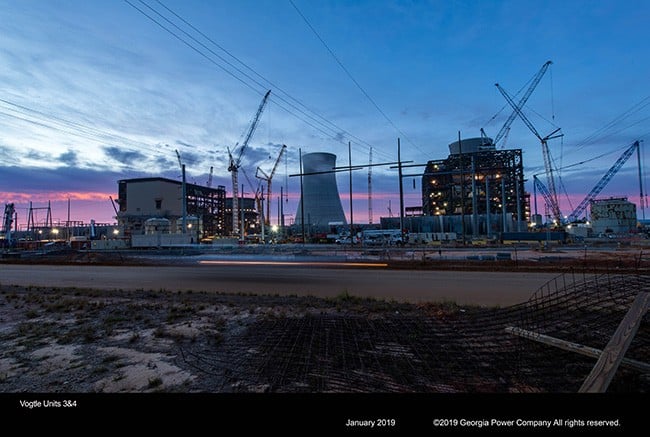 The Georgia Public Service Commission on Feb. 19 announced its approval of $526.4 million in construction expenses incurred by Georgia Power Company in the first half of 2018 for the Vogtle expansion project. The agency said the authorization does not deem the expenditure to be prudent, and is only an acknowledgement that the company has spent the funds on the project. The commission did not approve an additional $51.6 million related to the company’s Westinghouse bankruptcy proceeding.

The agency approved up to $3.8 million in allowance for monitoring costs – an increase of $2.1 million from the previous costs – to provide enough resources to oversee the project following the termination of the fixed price contract with Westinghouse and the associated shift of more cost risk to ratepayers. Dissenting Commissioner Tricia Pridemore said that the change amounts to a 200 percent increase to commission staff consulting services, resulting in an additional $2.6 million for ratepayers to absorb.

The changes are part of a settlement that calls for combining the next two Vogtle construction monitoring reports as the company is in the midst of re-baselining the project cost and schedule.

Georgia Power, which has a 45.7 percent stake in the project, took over as the main contractor following the bankruptcy of reactor designer Westinghouse Electric. Georgia Power is a subsidiary of Southern Company.