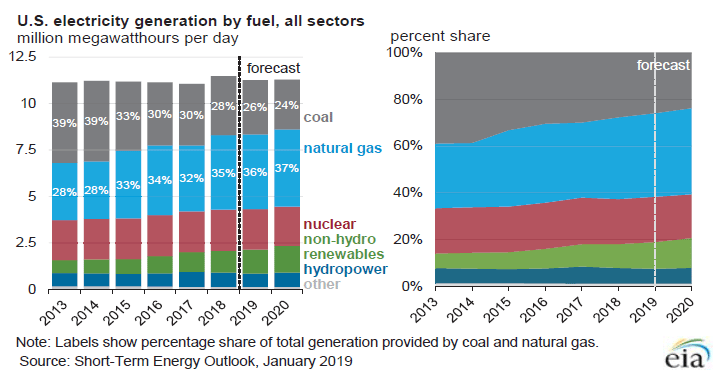 U.S. coal production is projected to decline by 3 percent to about 729 million short tons in 2019 compared to 2018, according to the U.S. Energy Information Administration’s short-term outlook released on Jan. 15. The agency forecasts 2020 production to reach 680 million tons, the first time that annual production will fall below 700 million tons since 1978. This decrease is attributed to weak competitiveness of coal in the power sector compared to natural gas, as well as lower demand for U.S. coal exports.