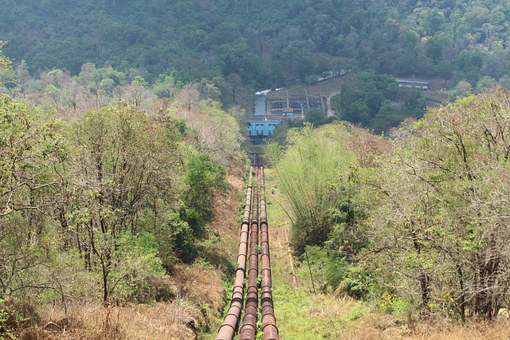 The U.S. Court of Appeals for the D.C. Circuit on June 30 ruled that the Federal Energy Regulatory Commission cannot indefinitely delay requests for rehearing of cases under the Natural Gas Act by issuing tolling orders, which extend the 30-day time period for the agency to act on the petitions. The 10-1 ruling concluded that a long-standing practice has prevented landowners from seeking judicial review of the agency’s orders, while pipeline developers are permitted to condemn their land and begin construction. The court noted that from 2009-2017, the commission issued tolling orders in 99 percent of requests for rehearing of pipeline certification decisions, giving itself about 10 times the duration allotted by statute to act.

The case stems from the 2017 approval of Williams Companies’ Atlantic Sunrise project, in which the agency took nine months to act on rehearing requests. Several groups objected to the agency’s practice of tolling rehearing requests for months, or even years, preventing landowners from seeking judicial review. The court’s en banc decision follows an August 2019 ruling, which upheld the commission’s approval of the project, finding that the agency acted lawfully under circuit precedent. In that ruling, Judge Patricia Millett criticized the agency for keeping landowners in administrative limbo while pipeline developers seize their properties and move forward with construction.

On June 9, the commission adopted a rule that forbids natural gas projects from commencing construction until the agency acts on rehearing requests. Democratic Commissioner Richard Glick concurred with the decision to stop allowing developers to begin construction before the rehearing process, calling it a “step in the right direction.” However, Glick dissented in part because the rule does not address a concern that a pipeline developer should not be able to start the process of condemning private land before the landowners can challenge the certificate in court.

Tolling orders can block aggrieved parties from seeking timely judicial review of the agency’s decision. Under current law, FERC has the power to “grant or deny rehearing or to abrogate or modify its order without further hearing.”  Unless the agency acts on the request within thirty days the application may be deemed to have been denied. FERC has eliminated the jurisdictional consequences of its inaction through the use of tolling orders, preventing rehearing petitions from being deemed denied for prolonged periods of time, the court noted. Further, FERC and private certificate holders use the practice “to split the atom of finality,” the court said, noting that tolling orders are not final enough for parties to seek relief in court, but are final enough for pipeline developers to go to court and take private property by eminent domain and the commission to approve construction.

Over the last twelve years, FERC issued a tolling order in all thirty-nine cases in which a landowner sought reconsideration of a proceeding for pipeline construction. Of the 114 gas pipeline cases from October 1, 2008 through February 19, 2020 in which landowners or other parties requested rehearing, the agency authorized construction to commence before resolving the request on the merits in 64 percent of the cases, according to the opinion.