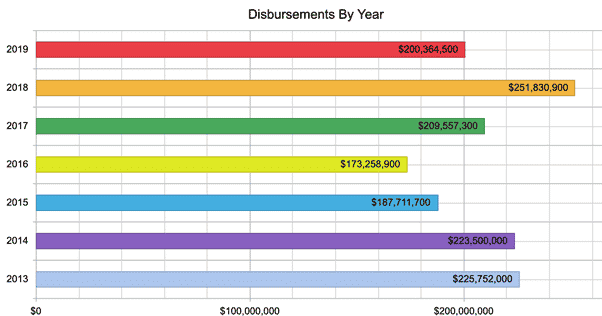 The Pennsylvania Public Utility Commission on June 17 announced that this year’s distribution of impact fees collected from natural gas producers totaled $200 million, nearly 43 million lower than the prior year. The commission attributed the change to the lower average price of natural gas in 2019, resulting in lower impact fee payment for each well. Since 2012, the commission has collected and distributed more than $1.9 billion to communities across the state.

The impact fee, also known as unconventional gas well fee, is paid by all producers with spud wells in the Commonwealth as mandated in the law Act 13 passed in 2012. The commission is responsible for the collection and distribution of the fee for the purpose of covering the statewide impacts of drilling.

The fees will be allocated as follows: