U.S. Added Over 31 Gigawatts of Electric Generating Capacity in 2018, Largest in 15 Years: EIA 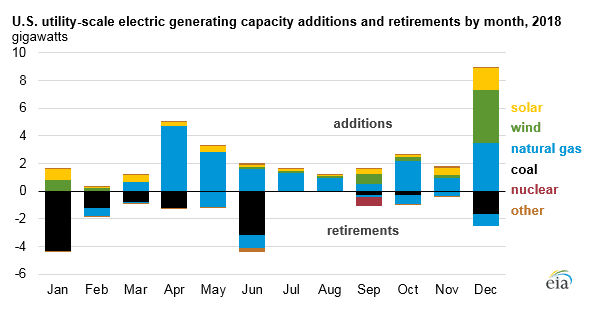 The U.S. added 31.3 gigawatts of generating capacity in 2018, the largest since the 2003 capacity addition of 48.8 gigawatts, according to a March 11 report from the Energy Information Administration. Natural gas accounted for 62 percent of utility-scale additions, while wind and solar photovoltaic represented 21 percent and 16 percent, respectively. Coal accounted for 69 percent of the 18.7 gigawatts that retired last year.