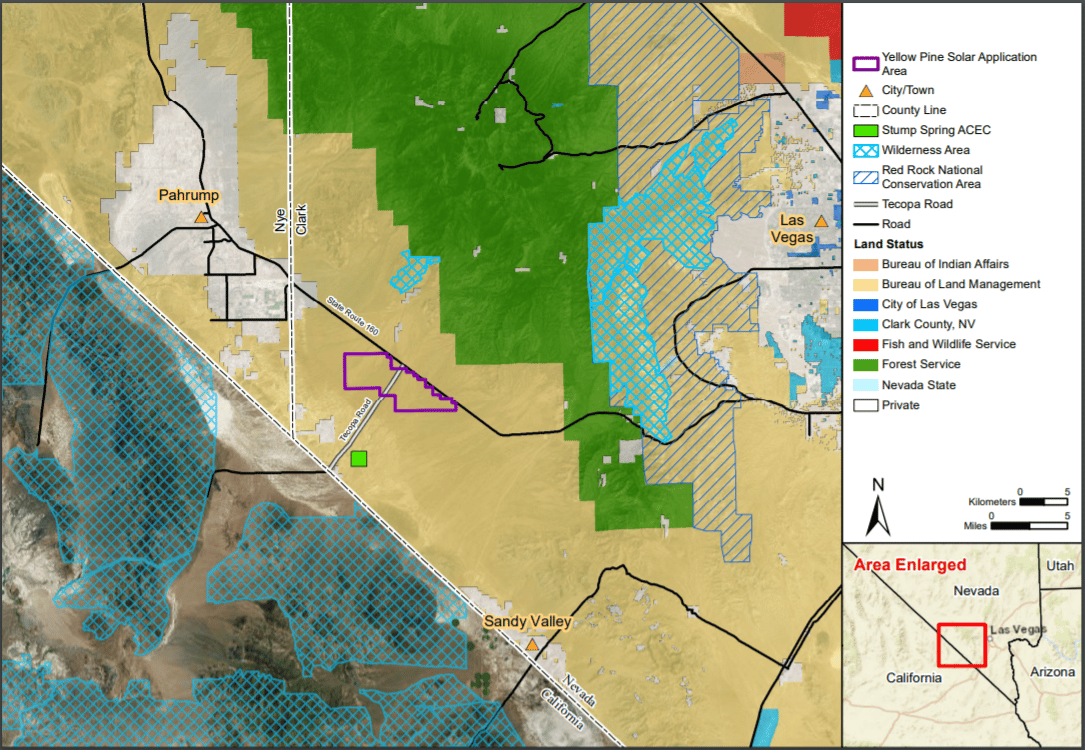 The Bureau of Land Management on March 20 released a draft environmental assessment for Yellow Pine Solar LLC‘s 500-megawatt solar generating project spanning about 3,000 acres of public land in Nevada. The review includes analysis of the proposed photovoltaic generation station and ancillary facilities including battery storage, as well as an associated substation and transmission line proposed by GridLiance West LLC. The project would help meet the renewable energy goals of both Nevada and California.

The proposed project would be located about 10 miles southeast of Pahrump and about 32 miles west of Las Vegas in Clark County, Nevada. The proposed solar power plant would provide renewable energy to the electrical transmission grid via the proposed Gridliance West’s Trout Canyon Substation, located adjacent to the facility. The 230-kV substation will facilitate renewable energy developers’ access to the overall Gridliance electrical utility grid.

The project is expected to take 24 months for construction, and support a workforce of 200 to 300 workers, with up to 400 workers at peak construction. Upon completion, the facility would be staffed by up to 10 operations personnel during daytime working hours.
Large-scale solar has an important role in meeting renewable energy mandates. Nevada revised its renewable portfolio standard last year, requiring NV Energy to source at least 34 percent of its retail electric sales renewable energy resources by 2025. California requires utilities to have 60 percent of their retail sales derived from eligible renewable energy resources in 2030.

Comments are due by May 4.