State renewable portfolio standards are a key driver behind the torrid expansion of wind and solar generation across the U.S., responsible for about half of the nation’s deployment of clean energy sources over the last couple of decades, according to the Lawrence Berkeley National Laboratory. Over three dozen states, territories and the nation’s capital have set mandatory or voluntary targets.

In April, Virginia enacted the Clean Economy Act, which sets the state on the path to carbon-free power by 2050. The law replaces the voluntary renewable energy portfolio program with a mandatory standard, and paves the way for an enormous expansion of wind and solar power, and energy storage and efficiency.

About half a dozen state-level laws were enacted in 2019 to establish 100 percent clean energy transition, showing that support for carbon-free power sources bears no signs of abating even after years of steady policy action by legislatures. Plummeting costs of renewable energy technologies and dire warnings about the impacts of climate change have prompted elected leaders to prioritize clean energy commitments. The District of Columbia, Maine, Maryland, Nevada, New Mexico, New York, Puerto Rico, and Washington set stronger goals last year. New York adopted what has been described as the most aggressive clean energy target in the nation, calling on the state to source 70 percent of its electricity from renewable energy sources by 2030 and transition to zero-emitting generation a decade later.

In July 2019, Ohio’s Republican-controlled legislature passed a bill rolling back the state’s renewable standard to 8.5 percent by 2026 down from 12.5 percent by 2027, while also extending subsidies to prop up the state’s money-losing nuclear plants. Ohio already has been lagging behind in renewable energy adoption and remains one of the largest emitters of greenhouse gases in the nation.

Stay on top of North America’s shifting energy policy by subscribing to the EnerKnol Platform. 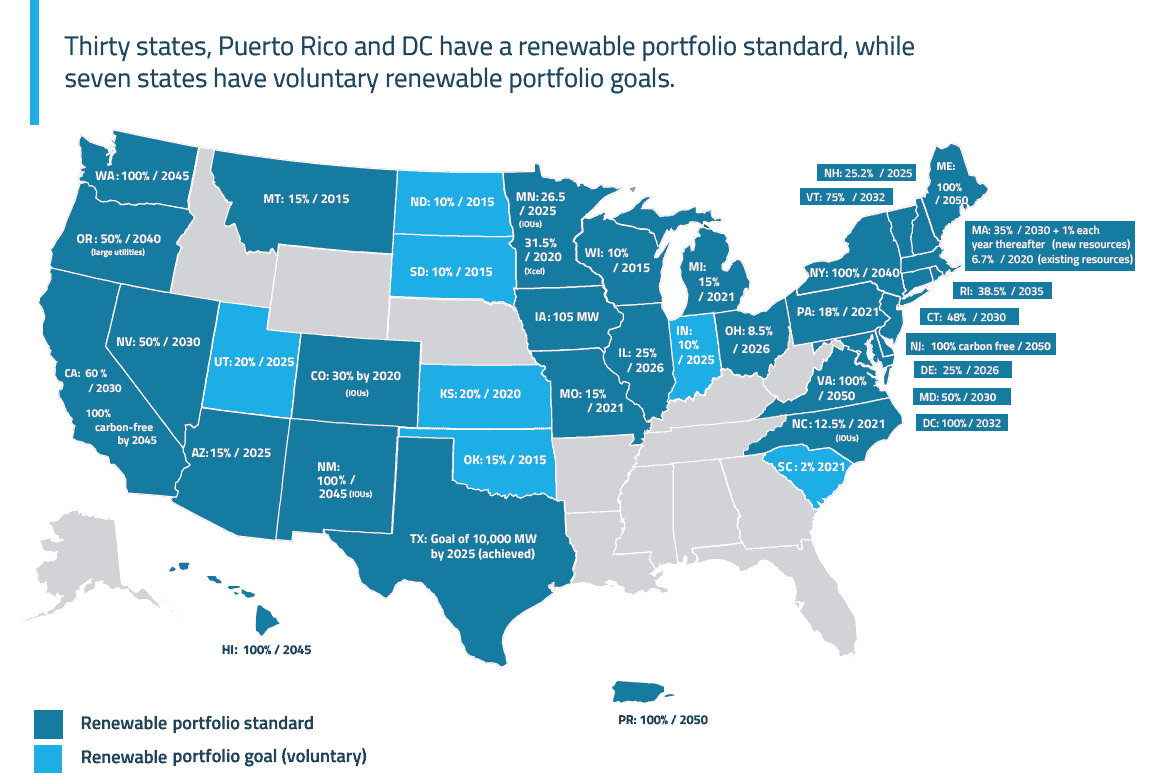 Share
TwitterFacebookLinkedInGoogle+
GET FULL REPORT FOR FREE WITH ENERKNOL BRIEFING
Access this report together with an EnerKnol Briefing on it. EnerKnol enables you to automatically track all the proceedings contained in the report. Schedule your EnerKnol Briefing today!
get free sample
Already a customer?
Log in here