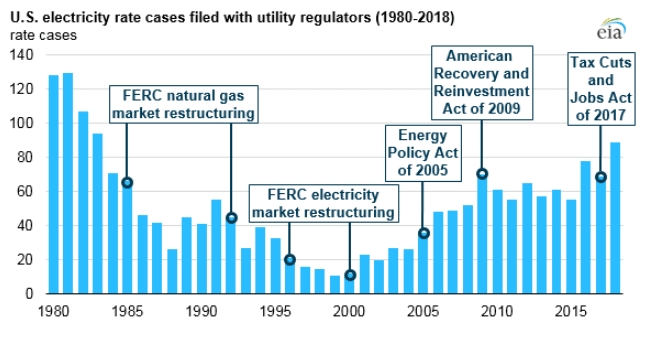 Last year, 89 utilities, representing nearly half of all major U.S. electric utilities, filed rate cases with state regulatory commissions, the largest number since 1983, according to a July 19 report from the U.S. Energy Information Administration. The aggregated value of utility-rate hike requests in 2018 was $6.8 billion, and regulators approved a total increase of $2.8 billion. Approved rate hikes were driven by spending in transmission and delivery, rather than generation, the agency said.

SOURCE
The number of electric utility rate cases increased in 2018