Oil and Natural Gas – To Export or not to Export? That is the question 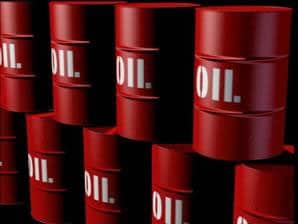 Legislation to expedite the liquefied nature gas (LNG) export approval process would allow facilities to more rapidly capitalize on favorable export economics.  LNG export economics are also impacted by currently low crude oil prices, and companies are eager to finalize facilities to exploit global LNG price disparities. The federal government regulates and restricts the export of natural gas – including LNG – under section 3 of the Natural Gas Act of 1938. This act tasks the Department of Energy (DOE) with review of import and export applications and weighing the value of the public interest in each transaction. In May 2011, the DOE granted its first LNG export approval to Cheniere Energy for their Sabine Pass liquefaction plant to export 2.2 billion cubic feet per day (Bcf/d) to non-free trade agreement (FTA) countries.

In August 2014, DOE revised its LNG export decision procedure and now acts on non-FTA applications only after completion of a FERC-prepared environmental review under the NEPA.  Previously, DOE issued conditional authorizations prior to final review and considered non-FTA applications based on order of precedence.  Promoting FERC reviews will enable commercially viable projects, which might have been buried in the order of precedence for years, to jump to the head of the line.

The DOE’s decision to reform the permit issuance process for LNG export facilities to non-FTA countries will likely have minimal gas price impacts in the short-term.  Current LNG exports are dwarfed by pipeline exports of natural gas to Mexico and Canada. In addition, applications to export to FTA countries represent a higher volume of natural gas than those applications that represent the intent to export to non-FTA countries.  Many of the applications for permits to export LNG are for 20-30 years and for the maximum value (in Bcf) the facilities anticipate could be exported at some point in that time frame, not necessarily what will be exported as soon as the applications are approved.  A simple review of just the “nameplate” capacity of the proposed export facilities may produce an inflated view of the amount of LNG that will be exported. 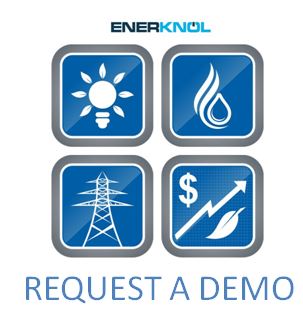 The opportunity to export LNG may encourage increased production of natural gas and the development of new technologies to exploit the resource.  Even if a gap developed between the spot value of LNG cargoes and Henry Hub prices, the large cost associated with shipping LNG would keep substantial sums of natural gas in the U.S. Interveners in LNG export license dockets, such as the Sierra Club, frequently cite the potential for increased natural gas production as a reason why the applications should be rejected.

An interesting case may be developing in the northeast, where gas pipeline constraints have caused winter electricity prices to spike. There is momentum to build new gas pipeline capacity into the region to help alleviate those winter price spikes, but the extra capacity would not be necessary during the rest of the year. There is the possibility that the extra capacity could be used to supply the Canaport LNG facility in New Brunswick which has filed with the Canadian government for LNG export. While exports from Canaport facilities could happen this year, additional northeast pipeline capacity would be used to supply electricity generators during peak winter times. This may lead to a wider discussion of whether pipeline capacity should be built to facilitate LNG exports or reserved for meeting firm demand from local distribution companies and electric generators.

Infrastructure and Shipping Costs Could Limit U.S. Exports to Only a Fraction of Future Global Trade

Lifting the crude oil export ban would allow domestic producers to access global price disparities. However, refiners and consumers have opposed exports due to potentially higher associated prices. A combination of factors including a domestic crude oil supply glut, production outpacing imports (Figure 2) and depressed prices have all rekindled the push to lift the ban on crude oil exports. U.S. crude oil exports to countries other than Canada from the lower 48 states have been prohibited since 1975 through the Energy Policy and Conservation Act (EPCA) of 1975. 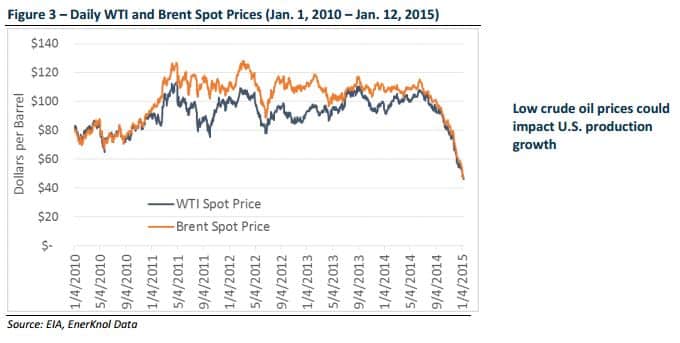 Benchmark WTI and Brent crude oil prices have dropped more than 50 percent since June 2014, largely as a result of consistently increasing domestic production and sustained Middle East output. This is combined with lagging demand growth (Figure 3). Lifting the export ban on the lower 48 states would allow producers to access global price disparities and demand in Asia and Europe. Supporters of lifting the ban also argue greater market efficiency through free trade and domestic job growth with increased production. Export opposition includes domestic refiners and much of the public because allowing exports could put upward pressure on currently low domestic crude oil prices.

In summary we need to approve the pipeline to lighten up the load on the railways which are having a more dramatic effect than most know.  We need to lighten up our stance on exporting Oil and Gas as we have become one of the largest producers and with so much uncertainty around the world it is time we become a net exporter.