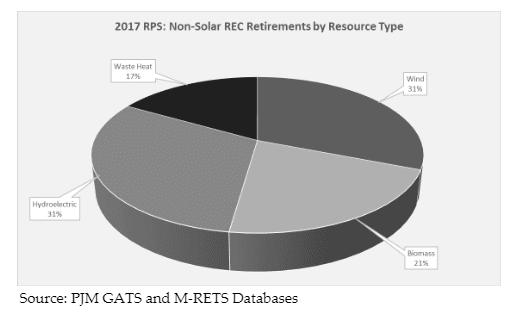 The compliance obligations under Ohio’s renewable portfolio standard have been shifting from electric distribution companies to competitive retail suppliers as consumers are exercising their choice of electric service providers, according to a Feb. 11 draft annual report by the Ohio Public Utilities Commission staff. Competitive suppliers were responsible for about 77 percent of Ohio’s overall compliance obligations in 2017, while distribution utilities accounted for the remainder.